This is an outdoors column I wrote and photographed for the Winona Daily News. 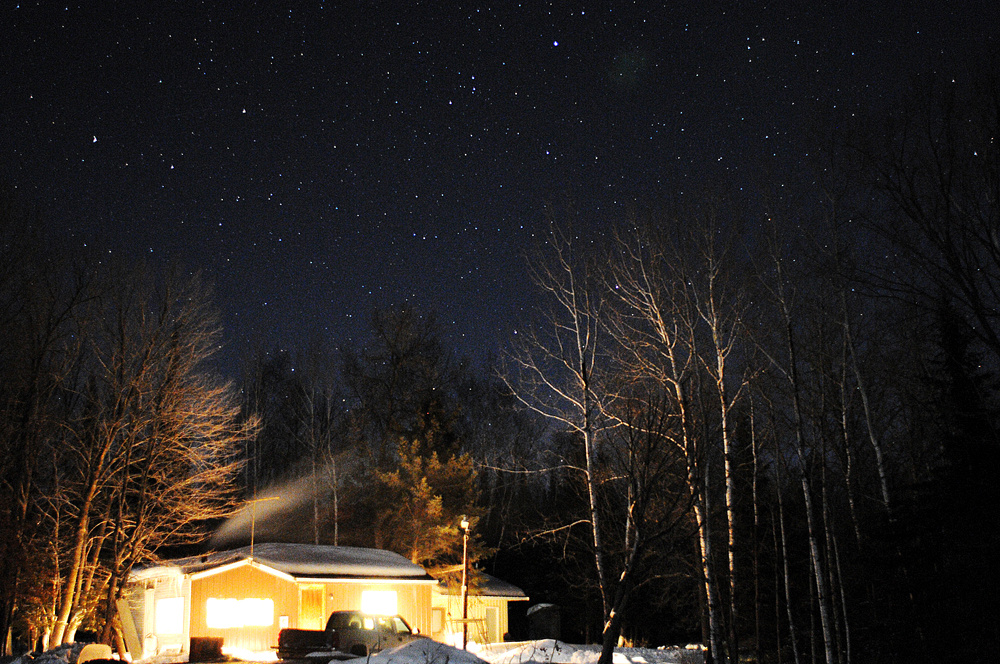 Growing up near Bemidji, Minn., was basically like growing up in the woods, in a boat and on the ice.

My uncle owns a cabin about 30 miles north of Bemidji that family and friends are allowed to use. In the fall we use the cabin as a deer camp during the firearms deer hunting season, but that’s not all we use it for.

About two miles north of the cabin is a small lake in the middle of the woods. When I was younger, we would head to the lake in the winter in search of different types of panfish, and turn deer camp into fishing camp as often as we could.

As I grew older, free weekends became harder to find.

First it was a part-time job when I was 16, then it was spending more time with my friends, and finally those trips became even less frequent when I moved to Winona to attend college.

In fact, I think it has been a few years since deer camp was turned into fishing camp. 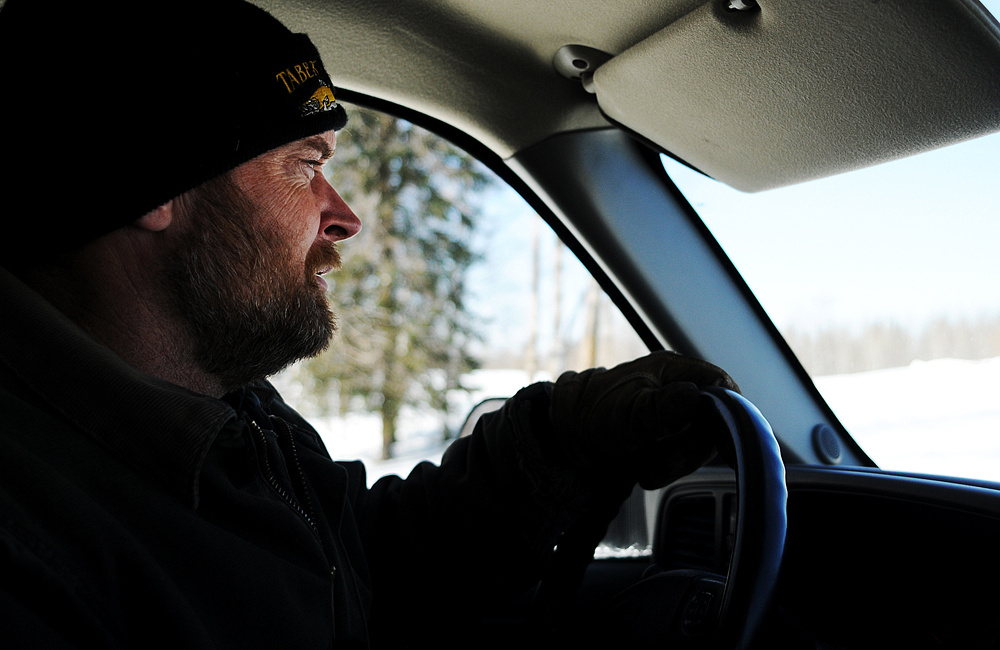 The first weekend of my Winona State spring break changed that.

My dad and I decided that we needed to head north for some late season crappie and bluegill fishing.

Now, this lake is a little different than a lot of lakes.

There’s no public access and there’s only a trail heading back to the lake, which means we would be taking a snowmobile.

“Two miles isn’t that far,” you might say, but most of the trail was not groomed and there was close to three feet of snow.

I don’t snowmobile a whole lot, but I know that our old snowmobile doesn’t always like to glide over the top of the snow when there isn’t a groomed trail.

Thankfully it wasn’t much of a problem.

It was definitely cold, though.

Saturday morning brought wind and subzero temperatures, but thankfully it warmed up. According to weather.com, Saturday’s high was 16 degrees at 2:25 p.m., which happened to be right around the time we arrived at the lake.

The cold wasn't a problem either.

Behind the snowmobile we pulled a two-person portable fish house that we heated with a propane heater. It was quite toasty once we got the fish house set up and the heater turned on. 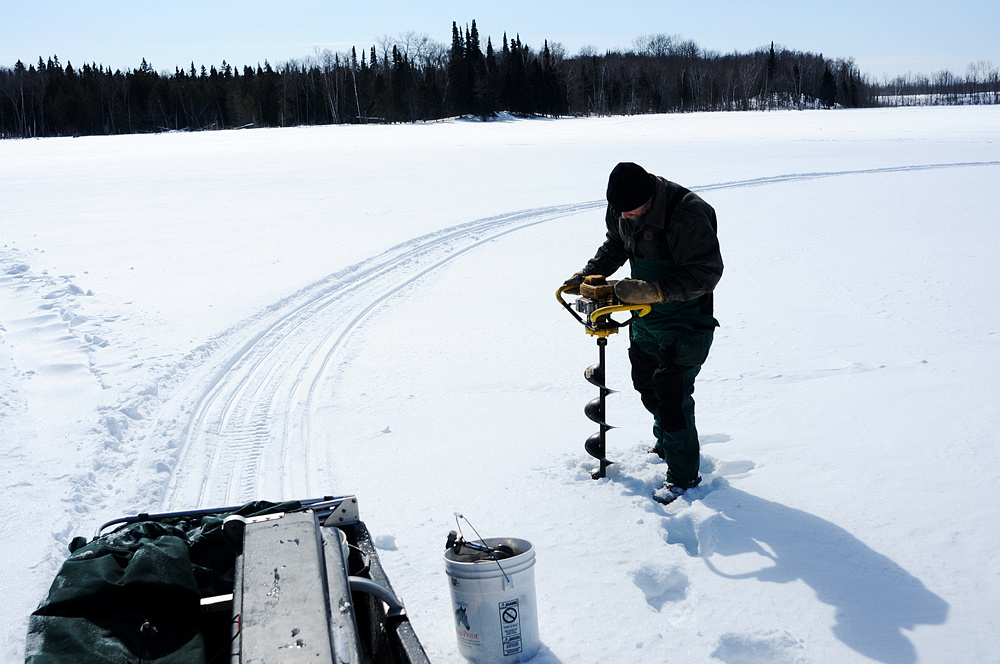 The fishing was good, too.

We caught enough fish to feed my dad, my uncle Dan and myself. They were mostly bluegill. Some were pretty nice, but most of them were pretty little and went right back into the lake. We also caught a few decent crappies.

After a couple of hours of fishing, we packed up the fish house, climbed on the snowmobile and made our way back to fishing camp.

Despite the snow and cold, we made it to the lake, caught enough fish for dinner, then spent the night swapping stories in the cabin next to a nice, warm, wood stove.

Fishing camp was indeed a success. Now we have to make time to do it again -- soon. 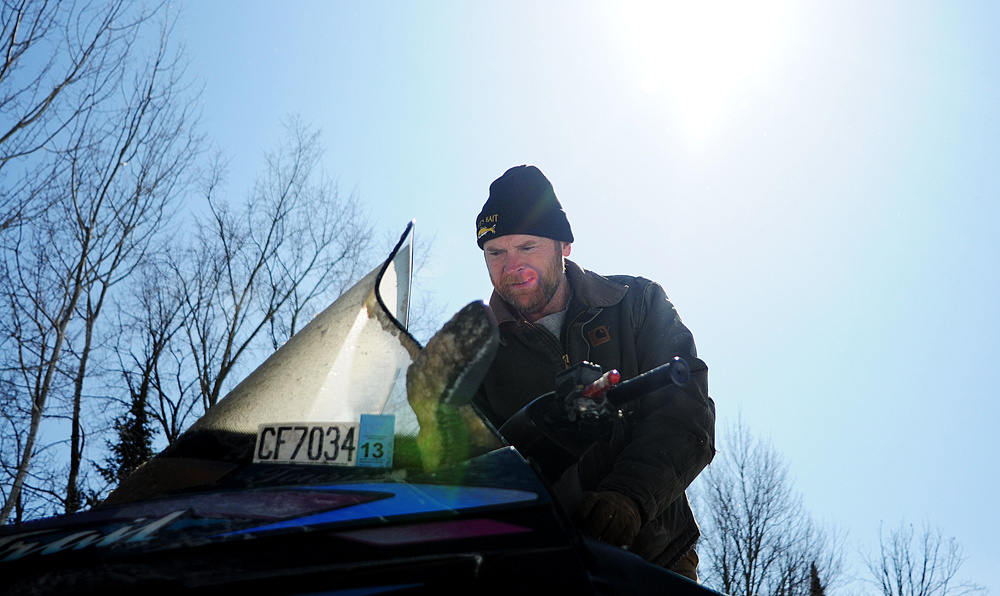 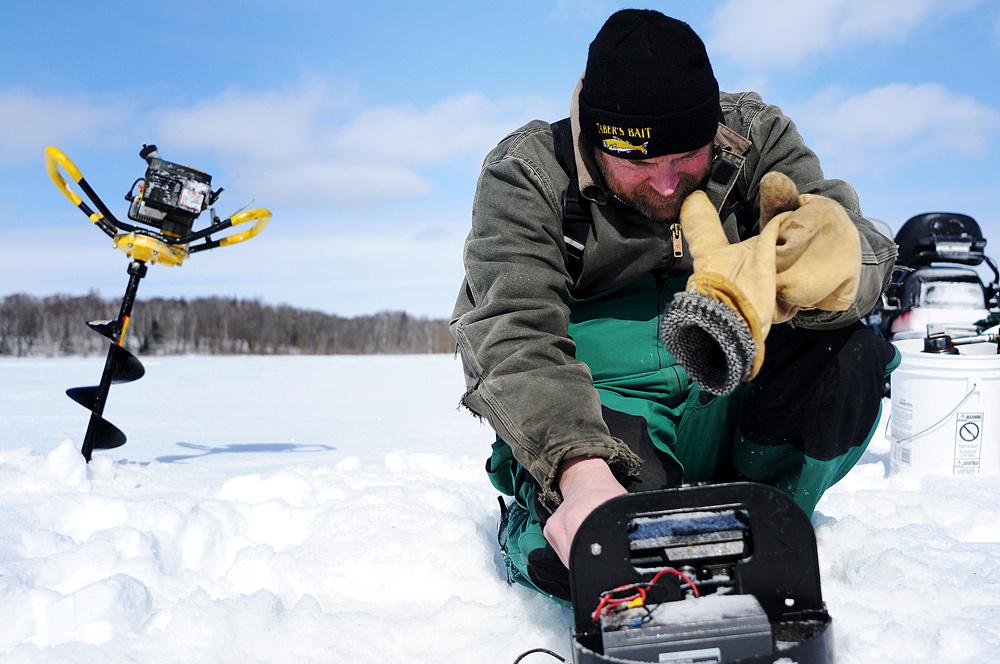 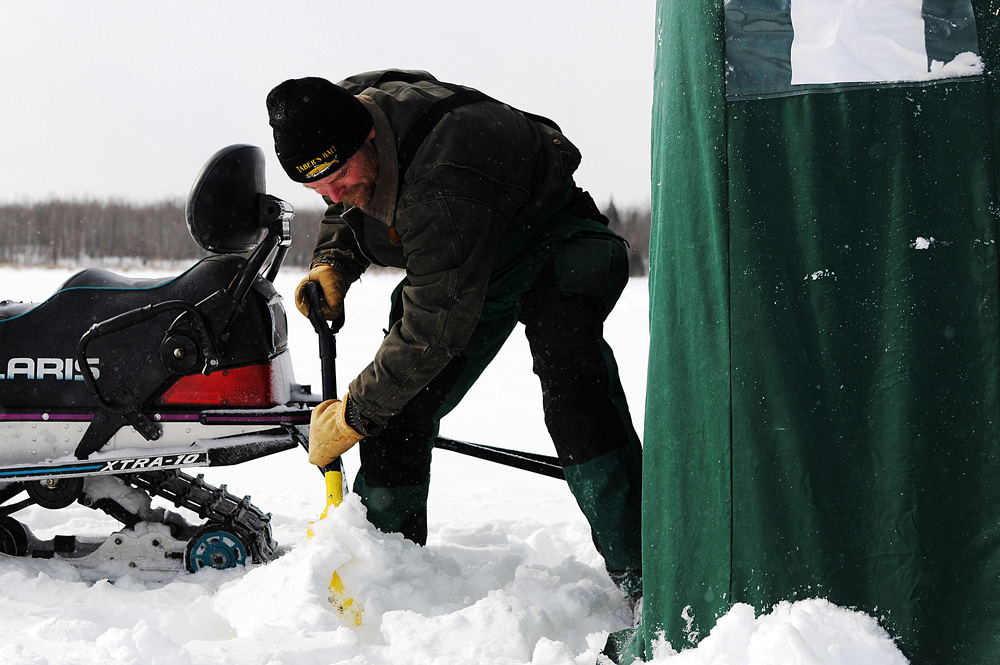 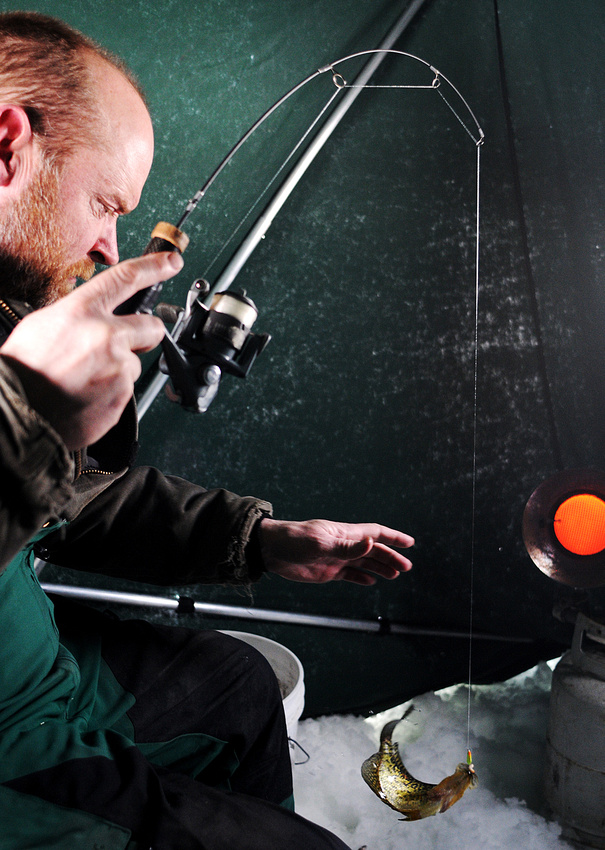 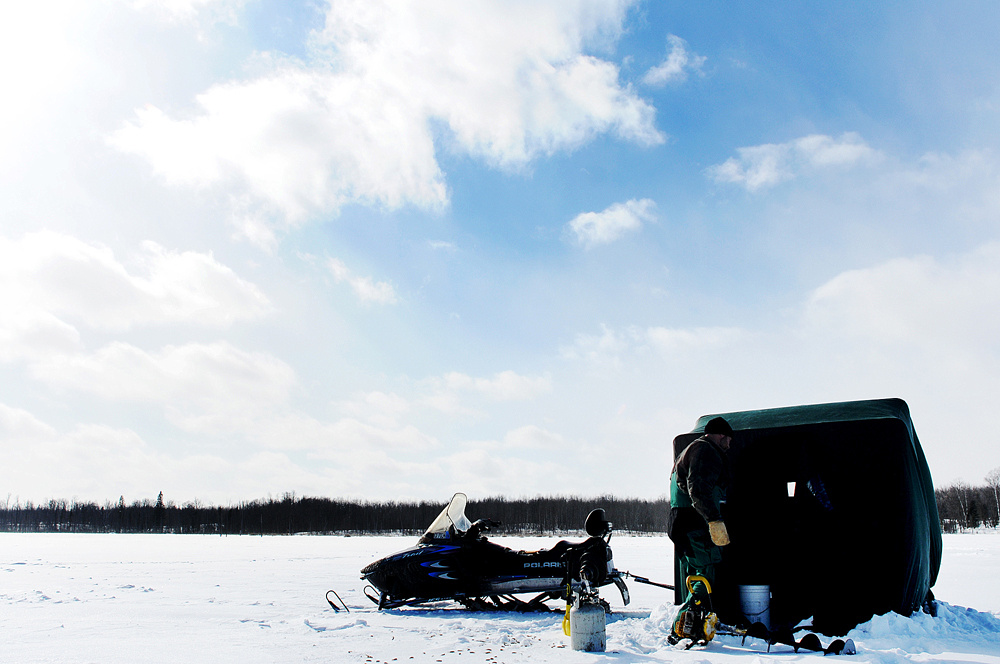 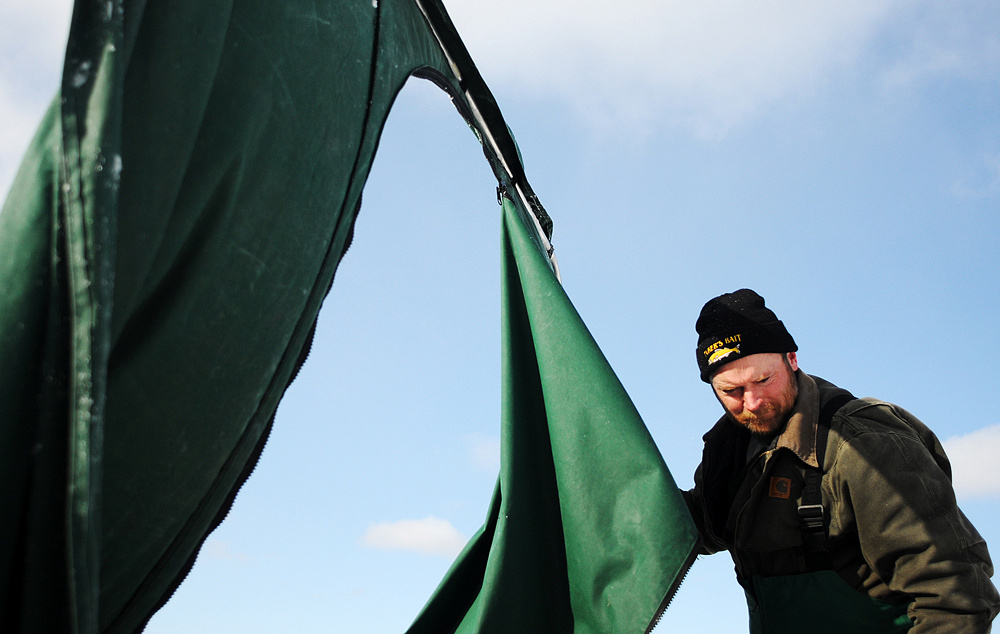 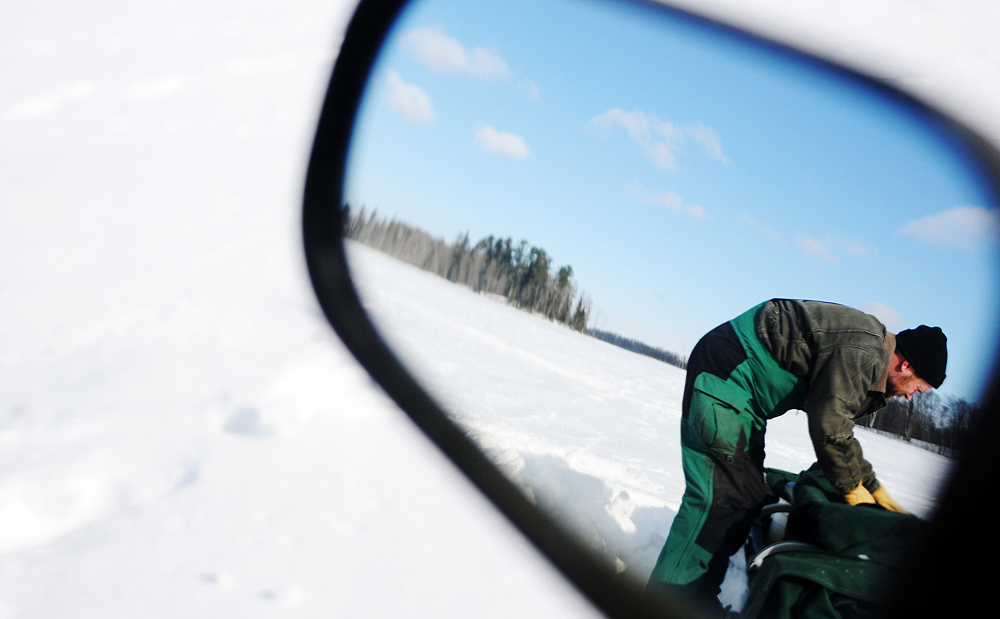 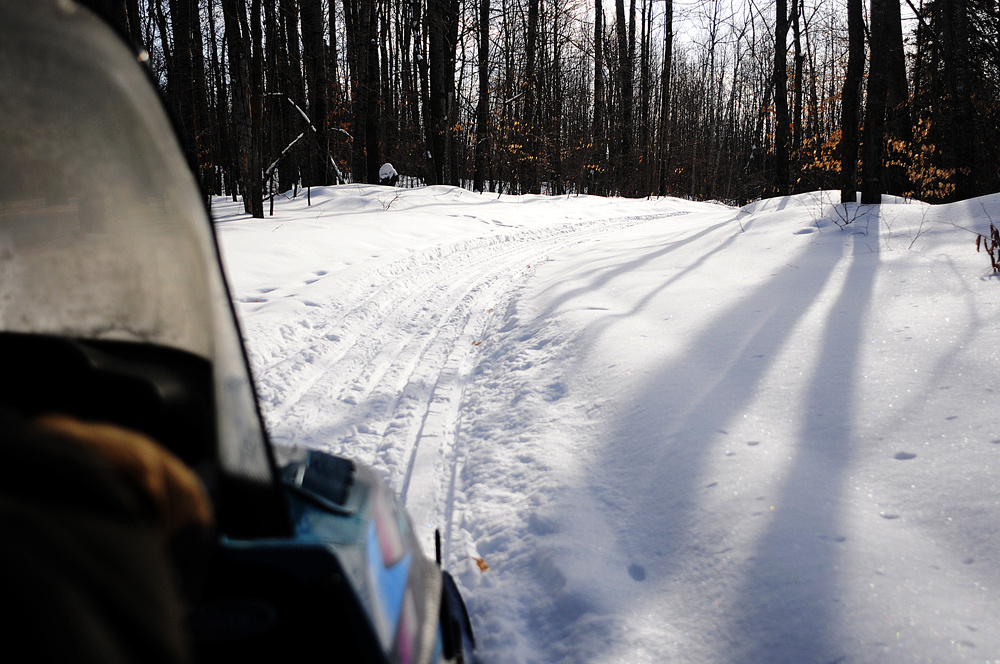